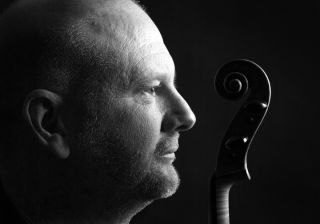 Brett Dean (born 1961) studied in Brisbane before moving to Germany in 1984 where he was a permanent member of the Berlin Philharmonic Orchestra for fourteen years. He began composing in 1988, initially concentrating on experimental film and radio projects and as an improvising performer. Dean’s reputation as a composer continued to develop, and it was through works such as his clarinet concerto Ariel´s Music (1995), which won an award from the UNESCO International Rostrum of Composers, and Carlo (1997) for strings, sampler and tape, inspired by the music of Carlo Gesualdo, that he gained international recognition. In 2000 Dean returned to his native Australia to concentrate on his composition, and he now shares his time between homes in Melbourne and Berlin.

Now one of the most internationally performed composers of his generation, much of Dean’s work draws from literary, political, environmental or visual stimuli, including a number of compositions inspired by paintings by his wife Heather Betts. His music is championed by many of the leading conductors and orchestras worldwide, including Sir Simon Rattle, Andris Nelsons, Marin Alsop, David Robertson and Simone Young.

In 2009, Brett Dean won the Grawemeyer Award for music composition for his violin concerto The Lost Art of Letter Writing and received the Elise L. Stoeger Prize from the Chamber Music Society of Lincoln Center, New York in 2011. His first opera, Bliss, was commissioned and given its premiere in 2010 by Opera Australia in Melbourne, and has since received further performances in Sydney, Hamburg and at the Edinburgh International Festival. Recent commissions include The Last Days of Socrates, a large-scale choral-orchestral work for the Berlin Rundfunkchor, Melbourne Symphony and Los Angeles Philharmonic, premiered in 2013.

In the 2013/14 season a new trumpet concerto Dramatis Personae receives its premiere by soloist Håkan Hardenberger at the Grafenegg Festival and with Leipzig Gewandhaus Orchestra, Danish National Symphony and the City of Birmingham Symphony Orchestras. Emanuel Ax premieres a solo piano work this season, co-commissioned by Los Angeles Philharmonic, Carnegie Hall, Cal Performances and Chicago Symphony Presents. Other premieres in 2013/14 include a work for soprano and string quartet commissioned by Britten Sinfonia, Santa Fe Chamber Music Festival and the Australian String Quartet, and a piece for wind ensemble for the University of Louisville as part of Dean’s Grawemeyer residency.

Dean enjoys a busy career as violist, and since 2005 has been performing his own Viola Concerto with many of the major orchestras worldwide. Dean is a committed and natural chamber musician, frequently collaborating with other ensembles and orchestral musicians to perform both his own chamber works and standard repertoire. Recent and upcoming highlights include projects with the Doric Quartet, Britten Sinfonia, Scharoun Ensemble and the Orion Quartet for CMS Lincoln Center. Dean’s career as conductor is also blossoming alongside his work as composer and performer, his imaginative programmes usually centred around his own works combined with other composers’. Recent conducting highlights include the Los Angeles Philharmonic, Concertgebouw Orchestra, Melbourne Symphony, BBC Philharmonic, Gothenburg Symphony and the Swedish Chamber Orchestra as part of the Artist in Residence role Dean has held since 2010/11.

Dean begins the 2013/14 season as Composer in Residence at the 2013 Grafenegg Festival, when his music is featured throughout the festival including performances by the Cellists of the Berlin Philharmonic, Pittsburgh Symphony and Philharmonia Orchestra and the world premiere of trumpet concerto Dramatis Personae. The Residency also includes a range of performances as violist and conductor including in his own Viola Concerto with the Tonkunstler Orchestra/Ono, conducting a programme of Wolf and Dean with the Tonkunstler Orchestra, chamber music with the Doric Quartet and leading the ‘Ink Still Wet’ course for composer-conductors. Elsewhere this season Dean performs his Viola Concerto with the Radio Symphony Orchestra Berlin, St Louis Symphony, Orchestre Philharmonique de Strasbourg and Vancouver Symphony orchestras and conducts the Tasmanian Symphony and Australian National Academy of Music. Dean is also Distinguished International Visiting Composer at the Vancouver Symphony Orchestra’s inaugural New Music Festival, and Red Sofa Artist at De Doelen Rotterdam.

Brett Dean’s music has been recorded for BIS and ABC Classics, with a new BIS release in 2013 of works including The Lost Art of Letter Writing, Testament and Vexations and Devotions, performed by the Sydney Symphony and BBC Symphony Orchestras. Dean’s Viola Concerto has also been released on BIS with the Sydney Symphony, with Dean reviewed as “a formidable and musical player as well as an impressive composer…an excellent showcase of Dean's range as a composer” (The Guardian).