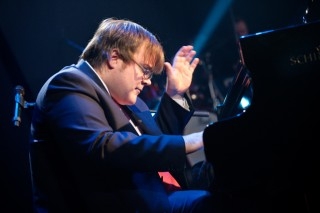 Christian Ihle Hadland is widely recognized as one of Norway’s most exciting young piano talents and following his recital debut at the Norwegian Opera in 2008 was hailed in the Norwegian press as an artist who ..’shows himself as a unique musician whose artistry should be heard on the world’s concert stages’.

Christian Ihle Hadland was born in Stavanger in 1983 and received his first piano lessons at the age of eight. At the age of eleven he was enrolled at the Rogaland Music Conservatory, and in 1999 began lessons with Professor Jiri Hlinka, both privately and at the Barratt Due Institute of Music in Oslo.

Christian is already highly sought-after both in recital and as a chamber musician and has appeared several times in prestigious venues and festivals such as Wigmore Hall, Risør Chamber Music Festival, the Schleswig Holstein Music Festival and Kissinger Sommer. Since 2004 he has appeared annually at the Bergen International Festival as both a solo recitalist and in chamber groups, and in 2011 he performed the Grieg Piano Concerto as part of the Festival´s 50th Anniversary celebrations with the Bergen Philharmonic Orchestra.  He has collaborated in chamber music with such prestigious artists as Janine Jansen, Henning Kraggerud, Lars Anders Tomter, Steven Isserlis, Tabea Zimmermann, Clemens Hagen, Christian Poltera and Truls Mørk.  In 2009 Christian was appointed joint Artistic Director of the Stavanger Chamber Music Festival alongside Swedish clarinetist Martin Fröst.

In 2009 he became the latest recipient of the Statoil award for young classical artists, and was selected for the prestigious BBC Radio 3’s New Generation Artists scheme in 2011.